A BRIEF MONOGRAPH OF THE SECONDARY MEDICAL SCHOOL IN SUBOTICA

The development of the health service in the post-war period in Subotica developed rapidly, and the need for secondary medical staff, which had not been trained in Subotica until that time, became apparent very quickly.

The jobs of recorders, medical and technical operations as well as professional assistance to doctors were performed by nuns or nurses who were trained for the most basic operations around patients, but in practice they did many more complex jobs, such as the therapy department, wound treatment, etc.

According to the experts of the time, they performed these tasks quite well. True, medicine was not as developed and complex as it is today.
In addition to them, trained nurses worked, who acquired the necessary knowledge on courses or through short training.

After the liberation, there was a great need for personnel in medicine. Due to a large shortage of middle-level personnel in 1947, by decision of the Government of the SR Serbia under number 719 of 11.8.1947.

A secondary professional medical school was founded in Subotica with the name STATE SCHOOL FOR NURSES, which began operating on 1 January 1947. years.

According to the decision of the Government of the Republic of Serbia, the Commission for Public Health GIONSPAV Novi Sad, the LOWER SCHOOL OF MEDICINE-MIDWIFE in Subotica was also established.

Education at the Midwifery School lasted two years. So at the end of the 1948/49 school year, 26 students graduated. In the 1950/51 school year, another generation was enrolled with a small maturon. It was realized that four classes of primary school are insufficient. However, the Council for Next Health and Social Policy GIONSAPV Novi Sad was of the opinion that there are better conditions for a midwifery school in Zrenjanin.

In 1951, a six-month course for B.1 was created at the Lower School in Subotica. and Charka Bil. 35 schoolgirls were trained who were later employed in various health institutions.

Schools 1952/53. Gedina by order of the Council for Public Health and Social Policy GIONSAPV Novi Sad, a department of the MIDWIFE SCHOOL was opened at the school for medical assistants in Subotica.

Previous schooling, with incomplete or completed elementary school 39, with upper elementary school, seven-year or lower high school four students. It can be seen from this that the previous request was not fully complied with. The school was supposed to train them to work as midwives or nurses. They later worked independently in centers and villages where there was a lack of doctors. The teaching staff of the Lower Medical School consisted of doctors and teachers who were all part-time. They all had the necessary qualifications. 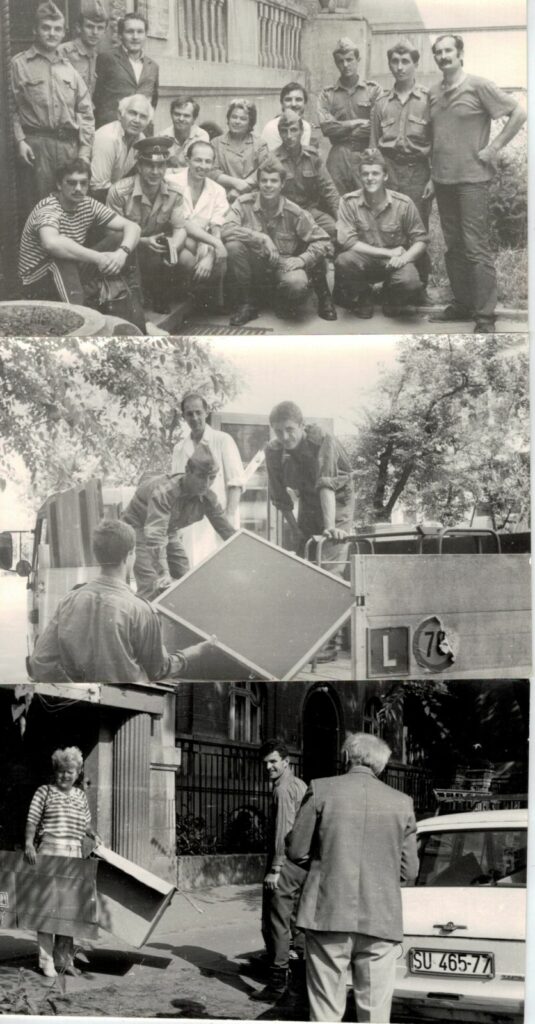 In the report under No. 941/53, Nikolić Radoslavka also points out that first-generation female students are assigned to various duties. They became instructors, busy nurses, health education officers, hygienists at companies, visiting nurses, managed smaller health centers where he was not. doctors, came to management positions in nurseries, etc.

The Council for National Health and Social Policy of the NRS in Belgrade decided that the school would be abolished when the remaining female students who are still attending the school have graduated. The school has two fourth grade classes with a total** of 41 students.

The school was officially liquidated on December 31, 1954. By decision of the Next Board in Subotica, no. 42. on November 26, 1954, the school for medical assistants in Subotica was formally abolished.

The entire archival material of the school was submitted to the Council for Culture of the Next Board of the City. Two years earlier, on July 3, 1952, the Lower Medical School in Subotica was abolished. Due to the merger of provincial medical institutions based on the decision of the GIONSAPV in Novi Sad, in the 1952/53 school year, by order of the Council for Public Health and Social Policy of the GIONSAPV, Novi Sad, a department of the Midwifery School was opened at the school for medical assistants in Subotica.Students from four classes of primary school are enrolled.

It was said that their education will last only one year. In the meantime, it has been extended to two years. Report submitted on July 1, 1954 under Order no. 485/54 GNO in Subotica. for the School of Physicians and for the Lower Medical School and the interval from 1948 to 1954, provides data on the school year 1953/54.

There are three departments: Iya, and IV/6 with 41 students and one department for midwives / 2nd division), which is called the department for midwives-party workers, with 3 students. The school only has one cabinet for patient care. The report points out that in the school. In 1953/54, there were no disciplinary violations. The students overcame the problems. It is interesting to mention that they did not hold a single parents’ meeting, because the parents could not even attend. The number of subjects was very large, which represented a great difficulty. The material was very thorough.

They didn’t even have a developed curriculum for the junior medical school and it was developed by the doctors themselves for professional subjects.All the classes were professionally represented. Nevertheless, it happened. more than once, that the doctors could not come to appointments as scheduled because they were too busy.
We should mention the decision • to merge two schools. The Council for the Next Healthier and Social Policy -APV, No. 69.1 of April 23, 1952 makes a decision • on the merger of the Secondary Medical School and the Lower Medical School in Subotica. merger of provincial institutions. According to this solution, the High and Lower Medical Schools of the boarding type are MERGER into one institution.

The secondary medical school began its work in 1958 in Subotica. The main task of the school was to prepare and perfect students for nurses of health and health-social institutions and patrol service. Throughout history, working conditions have changed. School is changed its location several times, and in November 2013 it got adequate space. The school has: 12 classic classrooms, 8 classrooms, library, gymnasium. The school has 40 connected computers to the internet. Classes take place in two shifts.

The task of the school is to train students in the field of health and social care protection. Classes are held in Serbian, Hungarian and Croatian. School is also open to adult education through retraining, additional qualification and specialization.